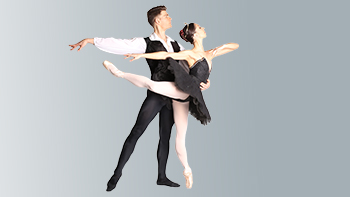 On March 22, 2018 Diablo Ballet celebrates its anniversary with a one-night only special 24th Anniversary Performance at the Lesher Center for the Arts in Walnut Creek. The program will feature selections from Swan Lake by Marius Petipa, staged by the Company’s regisseur Joanna Berman. The celebration continues with the dramatic Solas by Salvadore Aiello, with music by Heitor Villa-Lobosa, who is considered “the single most significant creative figure in 20th-century Brazilian art music.” A World Premiere of a new film, Spiritus, by Walter Yamazaki in collaboration with composer Justin Levitt, is followed by an encore performance of Trait d’union by Sonya Delwaide, The Blue Boy by Trey McIntyre and Sixes and Seven by Robert Dekkers. Following the performance will be a Gala reception, wine tasting and a delicious dinner with the dancers at Scott’s Garden, walking distance from the Lesher Center. Please visit: www.diabloballet.org for information on the gala.