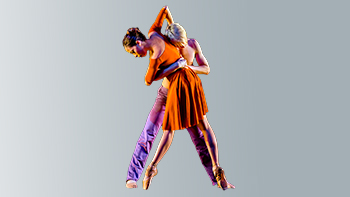 Diablo Ballet celebrates the New Year with Harmonious Beauty, at the Del Valle Theatre in Walnut Creek. The second program of the season features the romantic Ballroom Pas de Deux from A Cinderella Story by Val Caniparoli, set to the music of Richard Rodgers.  Also featured, the exciting world premiere by former Netherlands Dans Theatre ballerina Danielle Rowe; the award winning film Libera, by Walter Yamazaki, brought back by popular demand after premiering last year at the Ballet’s 23rd Anniversary Performance; and the exotic Milieu by Robert Dekkers, set to a live performance of a commissioned score by Daniel Berkman.

Running Time: approx. 1 hour, without an intermission
Each performance is followed by an interactive Q&A with the dancers and choreographers and includes a complimentary dessert reception with an opportunity for audience members to get up close and personal with the artists.