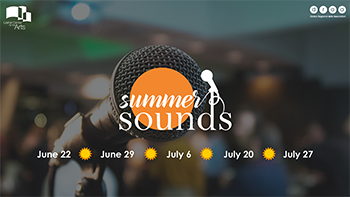 The summer’s hottest outdoor concert series in the East Bay is Summer Sounds Outside @ Lesher Center. DRAA brings some of the best and brightest to this popular series of free concerts on the outside plaza at the Lesher Center for the Arts in Walnut Creek.

June 22 – Anthony Paule Soul Orchestra featuring Frank Bey
The Frank Bey and Anthony Paule Band, eight pieces of spellbinding, soul-blues genius, has been leaving a wake of awestruck audiences whenever they take the stage. Their two CDs released in 2013, “You Don’t Know Nothing” and “Soul For Your Blues” earned them two Blues Music Award nominations and an invitation to perform at the prestigious awards ceremony. Their show-stopping performance brought the audibly and visibly impressed audience to their feet. This well deserved attention has paved the way for three International tours in 2014, and 2015. Frank Bey’s hypnotic vocals, and Paule’s lofty guitar playing, keep their band on a shelf all by itself. However, if comparisons need to be made, they would be likened to Bobby Bland, B.B. King, Ray Charles, and Otis Redding.

June 29 – Dirty Cello
From China to Italy, and all over the U.S., Dirty Cello brings the world a high energy and unique spin on blues and bluegrass. Led by vivacious cross-over cellist, Rebecca Roudman, Dirty Cello is cello like you’ve never heard before. From down home blues with a wailing cello to virtuosic stompin’ bluegrass, Dirty Cello is a band that gets your heart thumping and your toes tapping!

Maybe not your standard bluegrass lyric, but a line known by all the world from the biggest rock opera of all time, The Who’s Tommy. 45 years after its original release, this classic of classic rock has now been fully realized as a full length bluegrass tribute featuring Springfield, Missouri’s The HillBenders. Conceived and produced by SXSW co-founder and longtime musician/producer Louis Jay Meyers, this Bluegrass Opry brings a new perspective to Tommy while paying total respect to its creators.

July 20 – Box Set Duo, Trio
The Box Set Duo has been entertaining audiences with their powerful Americana sound and songs, brought to life by inspired guitar interplay and vocal harmonies that warm the senses. The subject matter ranges from politics to relationships and everything in between. They’ve performed with Dave Matthews Band, Barenaked Ladies and Willie Nelson.

July 27 – Tumbledown House
Tumbledown House has performed over 700 shows throughout 25 states and is in the process of releasing their third full-length studio album, due this winter. In 2012, the band relocated to the San Francisco Bay Area, where they teamed up with clarinet virtuoso Zac Johnson, ragtime trumpeter Jeff Bordes, upright bass wizard Ryan Lukas, and a wide, varied cast of drummers and percussionists which provides the perfect sonic landscapes for the intricately crafted songs of sultry vocalist Gillian Howe and producer/guitarist Tyler Ryan Miller. The resulting group has become just as notorious for their raucous speakeasy parties as they are adored for their intimate seated events, which are oftentimes enriched by lush storytelling; their ability to charm audiences of all walks of life is making Tumbledown House a rising festival favorite throughout Northern California and beyond.