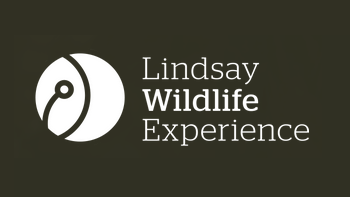 Hear from world-renowned environmental scientist Dr. Jonathan Foley, on the immediate threat of climate change and what you can do now.

The premier speaker at Lindsay Wildlife’s Third Annual Conservation Icons Speaker Series, Foley is a sustainability expert and executive director of the nonprofit organization Project Drawdown, which is committed to ending global warming.

A noted researcher and adviser to governments and other organizations around the world, Foley has contributed to the understanding of global ecosystems, food security and the environment, and climate change, among other issues. He has spoken at the Aspen Institute, the World Bank, the National Geographic Society, the Chautauqua Institution, the Commonwealth Club, the National Science March, and TED.com. Foley has won numerous awards, including the Presidential Early Career Award for Scientists and Engineers, awarded by President Clinton; the J.S. McDonnell Foundation’s 21st Century Science Award; an Aldo Leopold Leadership Fellowship; the Sustainability Science Award from the Ecological Society of America; the National Science Foundation’s Faculty Early Career Development Award; and the Heinz Award for the Environment.

Dr. Foley is one of eight speakers in Lindsay’s 2019-2020 Conservation Icons speaker series. Now in its third year, the series aims to educate, entertain, inspire change and foster respect for the planet we share.
The Lesher Center for the Arts strives to provide accurate advisories for each performance in regards to special effects that may affect patron health and sensitivities, including but not limited to smoke, strobe lighting, graphic violence, and aggressive sound effects.  However, the Lesher Center for the Arts does not always provide advisories in regards to content, as content sensitivities vary patron to patron.  If you have any questions or concerns about content, please contact the Lesher Center Ticket Office prior to purchasing your tickets, as all sales are final; the Lesher Center for the Arts will not refund any order to patrons who choose not to see a performance based on subject matter or personal view of content or quality.  As a rental facility, the Lesher Center for the Arts may not be provided information on every intended special effect and maturity appropriateness in advance.
Visit
1601 Civic Drive
Walnut Creek, CA 94596
Call Us
(925) 295-1400
Keep In Touch