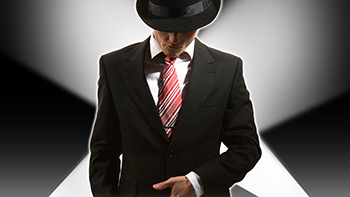 The Bay Area’s favorite crooner, Jonathan Poretz, returns to the Hoffman Theater at the Lesher Center for the Arts with his highly acclaimed and high-octane show!

Fans of Sinatra and Darin are as faithful and diehard as they come. You’re either with or against one or the other. Though the two never shared a stage, Poretz brings these two musical icons together, in concert, for the first time.

Regardless of whose camp you’re in, prepare yourself for an exhilarating musical afternoon as Poretz and his hard charging 'Swingin’ Night Orchestra' pit Sinatra and Darin classics against each other in a musical Clash of the Titans.

Don't miss this salute to two great icons of swing as new meets old in this battle for the swingin'-ist crooner sing off to ever hit the concert stage!