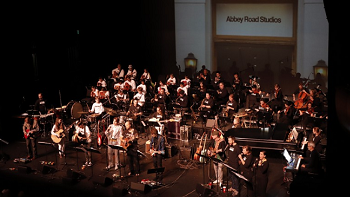 “And in the end, the love you take is equal to the love you make” ...SPMA Beatles Guitar Project expands its ambitious Beatles repertoire with a massive fall fundraiser celebrating the 50th anniversary of the release of The Beatles Abbey Road album + 1967’s phenom soundtrack to Magical Mystery Tour. Released in the U.K. on Sept 26, 1969, Abbey Road would become the final and critically acclaimed Beatles album. Aside from a spontaneous rooftop performance at their recording studio in London while recording the album “Let It Be,” Beatles fans never got to hear them play live again.

SPMA Artistic Director, Benjamin J. McClara, has painstakingly transcribed and arranged both Abbey Road & Magical Mystery Tour for Rhythm Section, Strings, Woodwinds, Brass, Percussion & Choir.  Both albums will be performed in full in the original  order. Forty of the best professional musicians from the greater Sacramento Area, have collaborated & come together for this concert, in an effort to raise funding to support and advance music education through SPMA including The SPMA Guitar Project & the SPMA Scholarship Fund, which helps to bring music education and guitar programs to underserved schools in the greater Sacramento region. 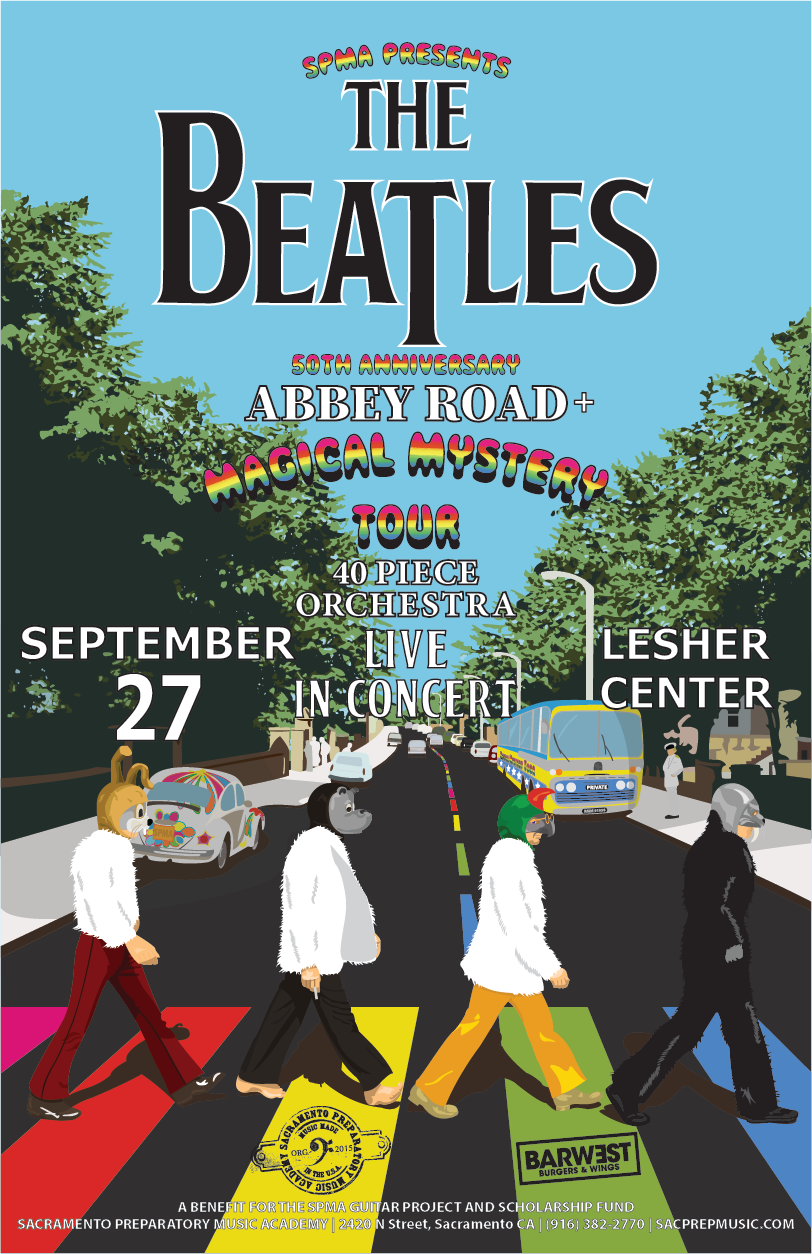