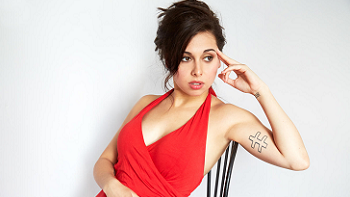 Recognized around the country as one of the top young jazz singers on the scene. In 2016 she was asked to perform a concert of her own at the Tribeca Performing Arts Center in NYC and she was a guest artist with Michael Feinstein at Jazz at Lincoln Center with the Tedd Firth Big Band. In April of 2017, she began her residency at the infamous Birdland Jazz Club in NYC. In 2018, she began touring with her Trio, as well as the Benny Green Trio, Wynton Marsalis and Jazz at Lincoln Center Orchestra, and Chris Botti. She’ll be releasing her next album in 2019 which will feature the great pianist Benny Green, as well as the Emmet Cohen Trio. Cohen is a recognized prodigy who placed first in the 2014 American Jazz Pianists competition.